1. Pope Francis transcript of address to Joint session of congress and senate 2. Pope Francis’ Financial Reforms Rattle Vatican’s Old Guard 3. The Vatican Bank Hired an Auditor!?!? Joseph P. Farrell Joseph P. Farrell has a doctorate in patristics from the University of Oxford, and pursues research in physics, alternative history and science, and “strange stuff”. Website: The Giza Deathstar     He is the author of the following books in the field of alternative research: and many more. Father George V. Coyne, S.J. Emeritus Director and  President of the Vatican Observatory Foundation Fr. George Coyne SJ was born in 1933, in Baltimore, Maryland, and joined the Jesuits in 1951. He obtained his B.S. in mathematics and his licentiate in philosophy at Fordham University, New York City in 1958; he earned his PhD in astronomy in 1962 from Georgetown University and completed the licentiate in sacred theology at Woodstock College, Maryland in 1965 when he was ordained a Roman Catholic priest. […]

1. Remarks by President and Pope [Speach] 2. Mars’ Mysterious Dark Streaks Spur Exploration Debate [News] 3. Enterprise predicts water on Mars [Press Release 2000] From a young age, I had a deep conviction that something was not right with the world. There is one world, one sky, one Earth. Why is there then not one principle that unites people to a common worldview? Why can’t there be one Truth? In a college dorm room in 1973, while taking a class entitled, Man in Perspective, I had a thought that seemed to offer a way to unite the fields of religion, philosophy, and science. The insight was neither entirely new nor original. The main question was why it had gone unspoken for so long. The answer seemed to be that the new approach contradicted the accepted modern, materialistic worldview and made religion look inside for spiritual truths rather in the after-life or in […] 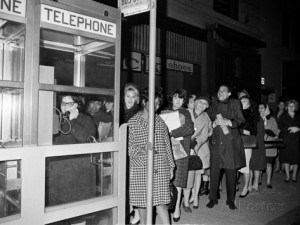 Open Hailing Frequencies –  RCH Answers Questions & Tells Stories! ​ This is your Captain speaking and answering UNSCREENED calls! Listen as RCH gets into it with 1st time callers that you’ve come to know as part of The Other Side of Midnight Community!                 Richard C. Hoagland Richard C. Hoagland is a former Space Science Museum Curator; a former NASA Consultant; and, during the historic Apollo Missions to the Moon, science advisor to Walter Cronkite and CBS News. In the mid-1960’s, at the age of 19 (possibly “the youngest museum curator in the country at the time”), Hoagland created his first elaborate commemorative event — around NASA’s first historic unmanned fly-by of the planet Mars, Mariner 4. A simultaneous all-night, transcontinental radio program the evening of the Encounter (linking the museum in Springfield, Mass., and NASA’s JPL control center, in Pasadena, Ca.), co-produced […]

Nov
2015/11/07 – Amanda Best
enterprisemission2001yahoo-com
Comments Off on 2015/11/07 – Amanda Best
Amanda Best
[powerpress} 1. 2.  3.  4.  5.      Follow Amanda Best: Amanda’s Free Music, Amanda’s Twitter Singer and songwriter Amanda Best is originally from New York City. She moved to Nashville to write songs with the Grammy nominated Crew 22. She released her second CD “Mandarava” – a collection of “Emotronic” Dance Songs and performed in Nashville clubs. Currently in Los Angeles, she writes jingles, wrote & recorded the radio theme for the Elese Coit show. She also wrote the movie theme for “Poison Ivy: The Secret Society and has songs on Lifetime and is broadcast worldwide. Her song Play of Love was also entered into The National Academy of Recording Arts & Sciences (NARAS) competition. Amanda performs in a wide variety of venues, both solo and with several bands. Southern California music-lovers can hear Amanda at Whiskey A-GoGo, on November 22nd, 8:30 – 9:00 PM, where she’ll open for E.G. Daily and other bands on the bill. Interested listeners may contact […]
Pages‹ Previous1...41424344454647484950Next ›
Airing Live Saturday & Sunday
Midnight to 3 A.M. Eastern
9pm - Midnight Pacific