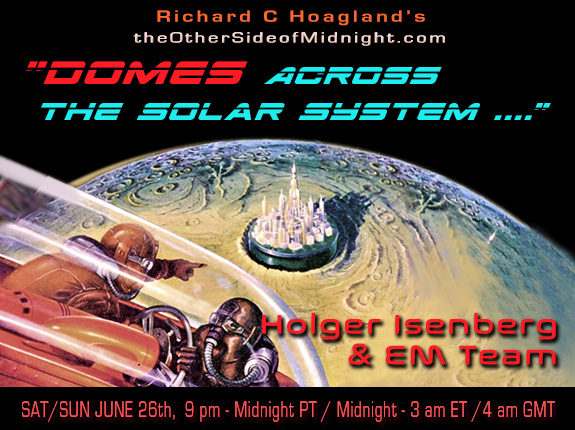 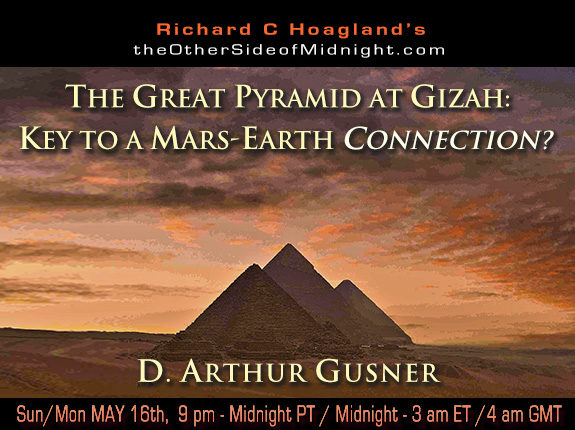 Guest Page Fast links to Items:  Richard – Darrell (Arthur) – Timothy – Andrew Fast links to Bios:  Darrell (Arthur) – Timothy – Andrew – Ron – Keith  Is the Great Pyramid — that brooding, manmade artificial “mountain by the Nile,” composed of over 2 million carefully cut and painstakingly assembled limestone blocks — truly, as many have claimed down through History, in actuality– A “Time-Capsule … in stone?” In “The Dimensions of the Great Pyramid,” the noted scholar, the late Professor Livio Catullo Stecchini, firmly debunked all notions that “the dimensions and geometry of the Great Pyramid might contain any mysterious meanings.” However, as my guest tonight D. Authur Gusner, argues: “My own research raises a query: are there, in direct contradiction to Stecchini’s “edict,” in fact genuine undiscovered mysteries still to be revealed within the pyramid’s stubbornly ‘resonant’ geometric measurements?” Gusner’s answer — based on decades of analysis of […]