Guest Page Fast links to Items:  Richard  –  Chris Fast links to Bios:  –  Chris Tonight, we’re connecting some VERY crazy dots …. Or, as my guest — symbolist Chris Knowes — wrote recently: “Say, did you hear the one about the rich guy who was obsessed with sex and weird science? The guy who turned his posh digs into an orgiastic f*#@^pad, where minors were reportedly sexually abused? The guy who was plugged into networks of prominent scientists and luminaries from entertainment and the world of letters? “The guy with the mysterious, kind-of-scary girlfriend who had family connections all the way to NASA’s Jet Propulsion Laboratories …. “No, I’m not talking about Jeffrey Epstein — I’m talking about Jack Parsons. “Plus … Jeffrey Epstein. “Hey, remember when the world wasn’t totally bugf*#^*-batshit insane? Remember when things weren’t spinning entirely out of control, and we believed in stupid things like […] 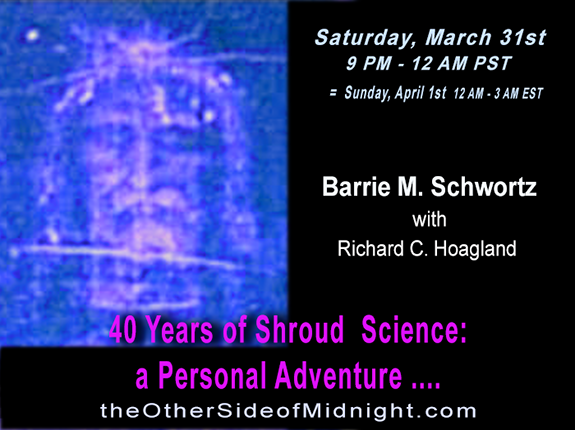 For the last several hundred years, the mystery of the “Shroud of Turin” has bedazzled countless millions. Is it an actual “sacred relic” — a ~2000-year-old image of Jesus Christ himself … somehow … preserved on a piece linen cloth across the centuries?  Or, is it simply another outright fake — a hand-painted forgery, created by some talented painter in the Middle Ages? My guest tonight, Barrie Schwortz, was the official Documenting Photographer for the first scientific investigation of the Shroud, authorized for the first time by the Vatican in 1978.  Barry was part of an exclusive team of physicists, chemists, radiologists, and even environmentalists, who — using the best state-of-the-art scientific tools of the closing decades of the 20th Century — attempted to answer one simple scientific question: How was the Shroud of Turin actually created? Join us …. Richard C. Hoagland   Show Items Richard’s Items: 1-  Where Will Debris from […] 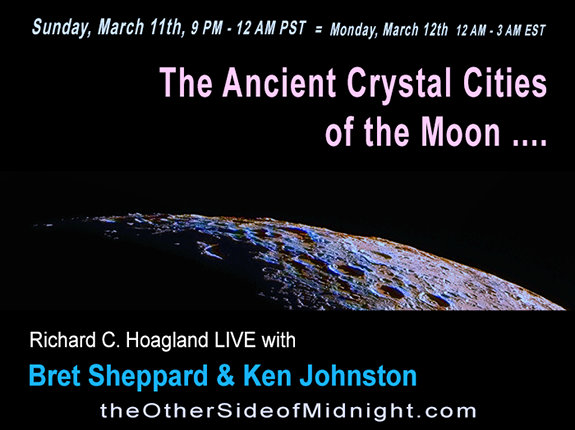 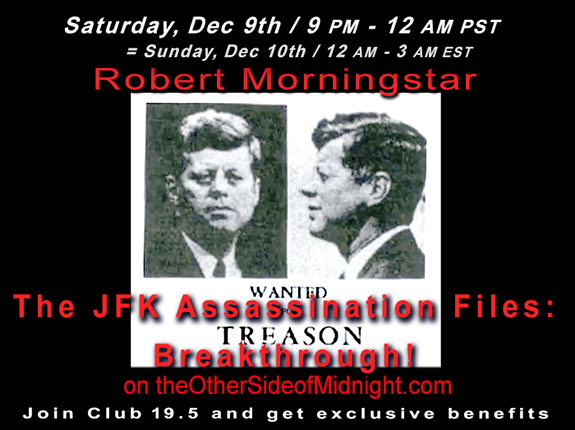 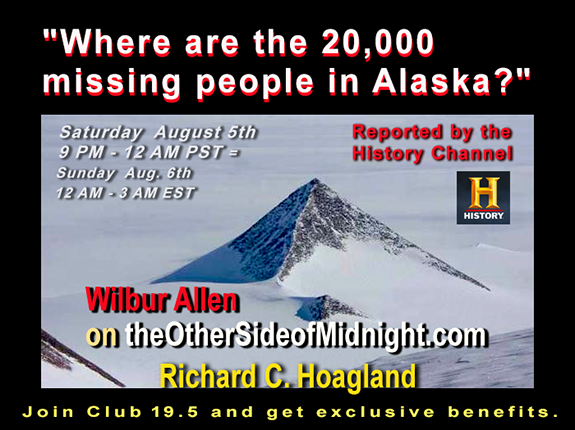