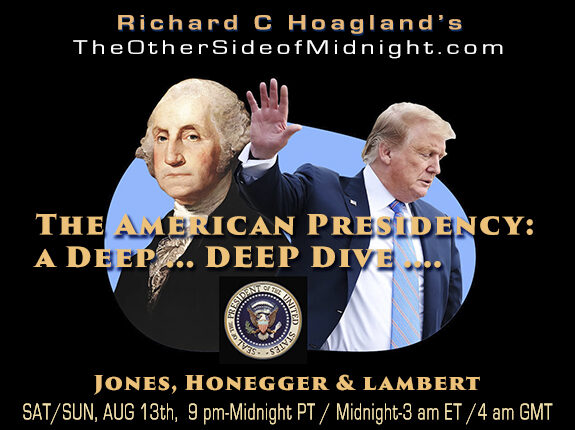 TO LISTEN TO THE SHOW Guest Page Fast links to Items: Richard  –  Georgia  –  Barbara  –  Marvin Fast links to Bios:   Georgia  –  Barbara  –  Marvin   Support The Other Side of Midnight! The American Presidency: a Deep … DEEP Dive …. “Oh ! thou, my defender, Osiris, great god, lord of To-Eri … president of Abydus … investigator of the heaven, lord of Neutchiu, king of the gods ….” — “Ancient Egypt” (1848) George Robbins Giddon So begins an ancient hymn to Osiris (“Orion” to the Greeks) at Abydos — mythic burial place for the physical head of the Ancient Egyptian “king [pharaoh …] of the gods”– Osiris … “president.” Another precient title– “Foremost of the Westeners” — an Osirian appellation originally attached to the dying of the sun each evening in the west, before it was “reborn” in glory in the east as Orisis’ “son,” Horus — thus […] 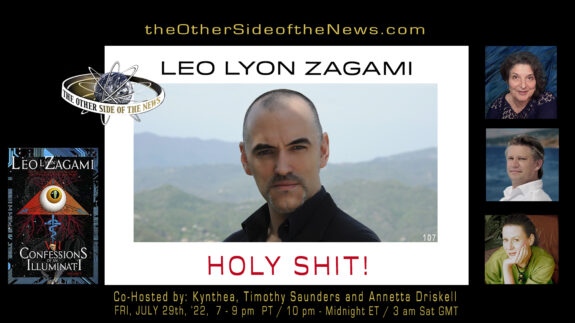 CLICK ON BANNER TO VIEW SHOW  Guest Page Fast links to Items: Leo – Kynthea – TOSN Telegram Fast links to Bios:  Leo – Kynthea – Timothy – Annetta – Keith  Help Keep “The Other Side of the News” on the Air! Your Contributions are Appreciated. Praised as a top expert on the Vatican, Secret Societies, Satanism and the New World Order, Leo Zagami continues his fight against the Occult elite. His Illuminati Confessions Series is a masterpiece of revelation supported by documentation.   Tonight, Zagami digs deep into the occult roots of the “Great Reset.” With the help of well researched historic evidence and inside documentation from the lodges of German, Swiss, and Austrian Freemasonry, and the infamous Bavarian Illuminati, Zagami proves that there is a hidden agenda far beyond the narrative trumpeted by Mainstream media.   Guest Page Fast links to Items: Leo – Kynthea – TOSN Telegram […]