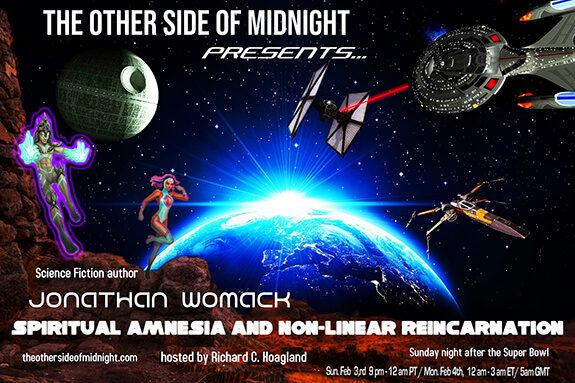 Trump Administration Suddenly Announces Return of American Astronauts to the Moon … Before End of President Trump’s Second Term! Find Out “Why” Here: Click on Image for The Presidential Briefing Trailer: https://youtu.be/G7rLvWy8Ih0   Tonight my guest — science-fiction writer, Jonathan Womack — will explore with me a range of extraordinary ideas, that for most might seem to belong in the pages of a Sci-Fi novel, but are actually born of his own personal experiences. Like– The reality (and significance) of Jonathan’s own Out Of Body Experiences through Space and Time ….We’ll also be exploring the even more extraordinary possibility that key, well-known Sci-Fi writers may not be “making the future up” at all … but simply retelling the stories of their own past lives … lived out–In those “sci-fi-like” futures! Join us … for a unique, literally “back to the Future” conversation …. Richard C. Hoagland       Show Items […] 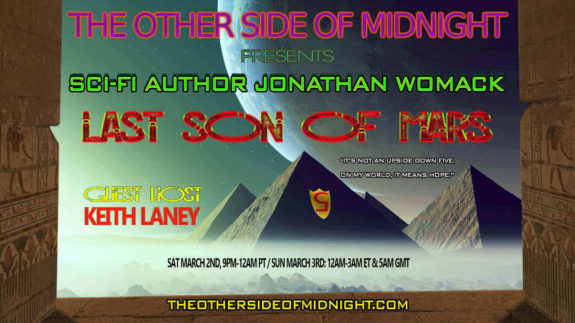 1.  2. 3.   4.  5. The Music of RW Sanders   6. The Music of Amanda Best Daniel Harms has been a writer on the topics of horror fiction and magic for decades.  From an early age, he was interested in reading books on science fiction and the paranormal, which later led to his first book being published while still in college. He received his bachelors in anthropology and English from Vanderbilt University, a master’s in anthropology from the University at Buffalo, and a master’s in library science from the University of Pittsburgh.  He lives and works as a librarian at a four-year college in upstate New York. He has been published in such journals as Abraxas, the Journal of Scholarly Communication, the Journal for the Academic Study of Magic, the Paranoia Reader, Fortean Times, and others.  His books that are in print include The Cthulhu Mythos Encyclopedia (Elder Signs […]