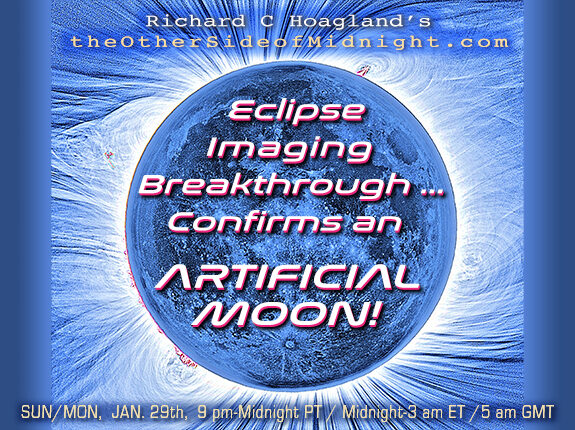 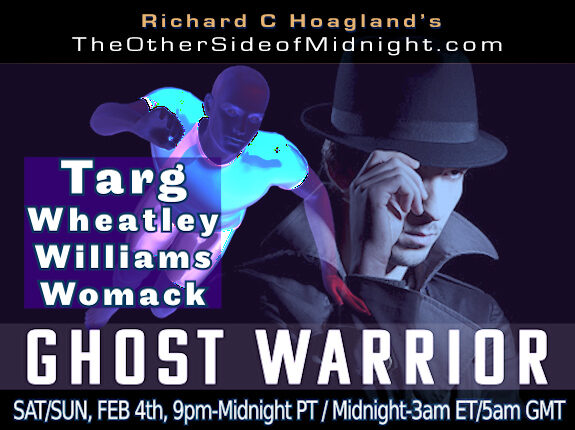 Guest Page Fast links to Items: Richard  –  Russell  –  Jonathan  –  Lori Fast links to Bios:   Russell  – Jonathan  –  Lori    Support The Other Side of Midnight! GHOST WARRIOR The Art of Remote Viewing Tonight, we consider the vast (and still highly disturbing, to many) phenomenon of– REMOTE VIEWING. Or, as my Special Guest, Russell Targ — co-founder of the famed California Stanford Research Institute’s once clandestine CIA “Remote Viewing Program” — describes it– “[Remote Viewing is the investigation] into the human mind’s capacity for expanded awareness … in which people are able to envision distant places and future events and activities. “For two decades, SRI’s research was supported by the CIA and other [intel] government agencies. I was co-founder of this once secret program, which began in 1972. Our task was to learn to understand psychic abilities, and to use these abilities to gather information about the Soviet […] 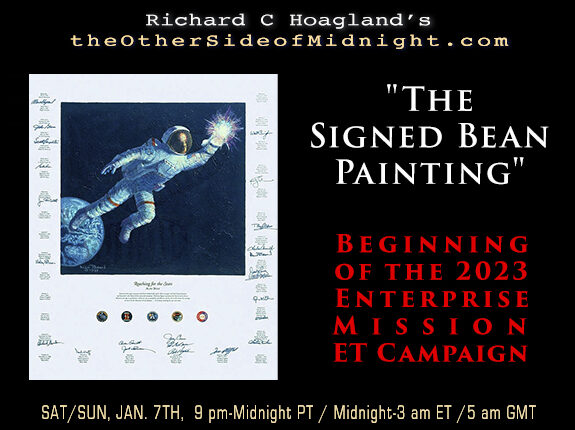 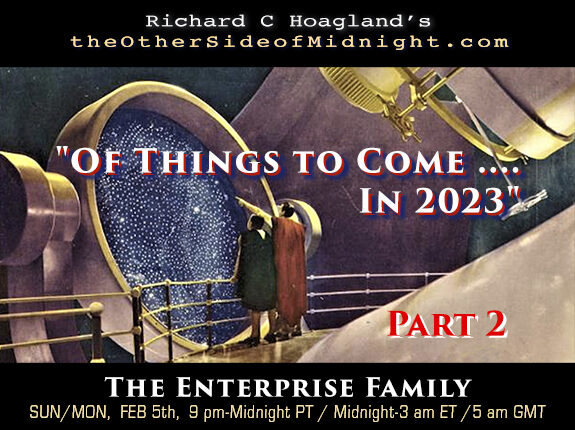 Guest Page Fast links to Items: Richard  – Barbara  –  Robert  –  Ruggero  –  Jonathan  –  Marvin Fast links to Bios:  Andrew – Barbara – Robert – Ron – Ruggero – Marvin – Jonathan – Georgia   Support The Other Side of Midnight! “Of Things to Come ….” Part 2 Well, how’s 2023 turning out for you … so far? Let’s see, this is what’s happened of significance in just the first 36 days: There’s been the miraculous “death and resurrection” of Damar Hamlin, just one day after the beginning of the year … the literally “once-in-a-hundred-years,” fourteen unsuccessful votes before the fifteenth finally elected a Speaker for the 118th Congress … and, simultaneously, the literally unprecedented election of the first black American to become minority leader of that same Congress! So what could — what WILL — happen next … in 2023? Tonight, we resume our wide-ranging speculations “of […] 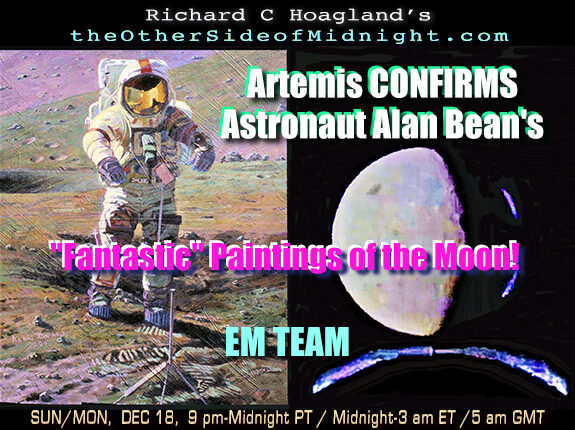 Guest Page Fast links to Items: Richard  –  Jon  –  Barbara  –  Robert  –  Ron Fast links to Bios:   Ron  –  Barbara  –  Andrew  –  Kynthea  –  Keith  –  Jon  –  Robert   Support The Other Side of Midnight! Artemis CONFIRMS Astronaut Alan Bean’s “Fantastic” Paintings of the Moon! What does NASA’s first new human lunar mission in 50 years, since the end of the Apollo Program — an unmanned test named “Artemis” (after the twin sister of “Apollo”…) — and the fourth man to walk on the Moon in the Apollo Program — astronaut and fine artist, Alan Bean — have in common? BOTH have now confirmed the astonishing existence of “a fundamentally unknown, ancient, mind-blowing, all-encompassing one-time feature of the Moon”– The physical existence of a “satellite-wide, tens-of-miles-high, layered glass dome …” — that, like a planet wrapped in cellophane! — once completely covered the surface of the […]