Help Keep “The Other Side of the News” on the Air!
Your Contributions are Appreciated.

Praised as a top expert on the Vatican, Secret Societies, Satanism and the New World Order, Leo Zagami continues his fight against the Occult elite. His Illuminati Confessions Series is a masterpiece of revelation supported by documentation.
Tonight, Zagami digs deep into the occult roots of the “Great Reset.” With the help of well researched historic evidence and inside documentation from the lodges of German, Swiss, and Austrian Freemasonry, and the infamous Bavarian Illuminati, Zagami proves that there is a hidden agenda far beyond the narrative trumpeted by Mainstream media. 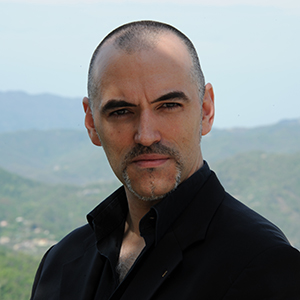 Leo Lyon Zagami is a writer and researcher and the son ofDr. Elio Zagami (1939- 2010) is a known Jungian analyst, writer, and co-founder of GAPA (Independent Group of Analytical Psychology, of which he was president). His grandfather was Senator Leopoldo Zagami, a Sicilian politician who was also a known historian and author, who married into the aristocratic family of the Marquis de Gregorio.

Zagami, who is known for a brilliant career as Leo Young in the media and music industry as a Record Producer, became quickly popular on the web in 2006, because of his direct involvement in the New World Order and Secret Societies known to the majority of us as the “Illuminati.”

His blog rose quickly and gained attention from people such as David Icke, for its accurate fully documented groundbreaking inside information.

Between 2009 and 2013 Zagami began publishing books in Europe and Japan based on a variety of subjects that range from the history of secret societies and the Vatican to geopolitical matters concerning the New World Order. In 2013, he collaborated with known Italian journalists, Ferruccio Pinotti and Giacomo Galeazzi, in drafting a chapter for their Italian Best Seller “Vaticano Massone,” which was released in May 2013, dedicated to the secretive world of Vatican Freemasonry. Zagami has collaborated in the past with a series of articles and scoops for Infowars and was the protagonist of a highly successful documentary made by Alex Jones in Rome, called “Demonic Possession of The Vatican Exposed.” Leo also was the one to reveal to the world on Infowars the Gay Vatican Drug/Orgy in the summer of 2017, that forced the mainstream media to later cover the story. After publishing many books in Italy and Japan with great success, he reached his English-speaking public, thanks to a book deal made with San Francisco’s CCC Publishing, that made Leo’s translated works available in the English language. However, Leo’s latest books, Confessions Volume 4, volume 5, volume 6.66, and volume 7 published by the newly established publishing house Cursum Perficio, were written entirely in English and not translated from Italian. Leo travels around the world giving conferences and has recently relocated with his wife to California after suffering political persecution for his work in Italy. 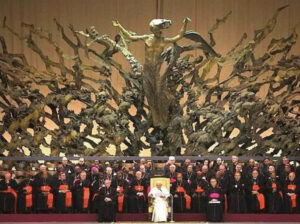 1. Confessions of an Illuminati Volume 7: From the Occult Roots of the Great Reset to the Populist Roots of The Great Reject
https://www.amazon.com/Confessions-Illuminati-Occult-Populist-Reject/dp/B09S6W9DSX 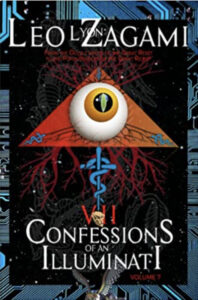 3. Confessions of an Illuminati, Volume I: The Whole Truth About the Illuminati and the New World Order

4. Confessions of an Illuminati, Volume III: Espionage, Templars and Satanism in the Shadows of the Vatican

4. Confessions of an Illuminati Volume 5: The Decline of the West and the Rise of Satanism in our Society

5. Pope Francis: The Last Pope?: Money, Masons and Occultism in the Decline of the Catholic Church

Pope Francis: The Last Pope?: Money, Masons and Occultism in the Decline of the Catholic Church

3. Everyone Must Know This Before it is Deleted (2022-2023)
A Brief History of Money Tyranny – The REAL REASON WHY Lincoln and Kennedy were assasinated.
https://www.youtube.com/watch?v=L3e50DstwSA

4. A MUST WATCH, START at 12 Minutes, ALL NEW, Amazing stuff,,,,,,,,This will get your attention!!!!!!!!!,,,,,,Facial Recognition is here worldwide,,,,, Joseph
PLUS AN UPDATE ON CARRIE MADEJ’S RECOVERY FROM PLANE CRASH!
https://www.bitchute.com/video/21BBOIAmt8NM/ 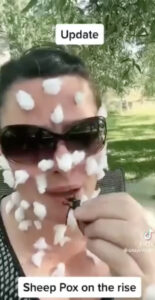 6. The UK government admits that vaccines have damaged the natural immune system
of those who have been double-vaccinated. The UK government has admitted that once you have been double-vaccinated, you will never again be able to acquire full natural immunity to Covid variants – or possibly any other virus. So let’s watch the “real” pandemic begin now! In its Week 42 “COVID-19 Vaccine Surveillance Report”, the UK Department of Health admits on page 23 that “N antibody levels appear to be lower in people who become infected after two doses of vaccination”. It goes on to say that this drop in antibodies is essentially permanent. What does this mean? We know that vaccines do not prevent infection or transmission of the virus (indeed, the report elsewhere shows that vaccinated adults are now much more likely to be infected than unvaccinated ones). The British now find that the vaccine interferes with the body’s ability to make antibodies after infection not only against the spike protein but also against other parts of the virus. In particular, vaccinated people do not appear to form antibodies against the nucleocapsid protein, the envelope of the virus, which is a crucial part of the response in unvaccinated people. In the long term, the vaccinated are far more susceptible to any mutations in the spike protein, even if they have already been infected and cured once or more. The unvaccinated, on the other hand, will gain lasting, if not permanent, immunity to all strains of the alleged virus after being naturally infected with it even once.

The first insurance companies are backing down because a huge wave of claims is coming their way. Anthony Fauci confirms that the PCR test cannot detect live viruses. Anthony Fauci confirms that neither the antigen test nor the PCR test can tell us whether someone is contagious or not!!! This invalidates all the foundations of the so-called pandemic. The PCR test was the only indication of a pandemic. Without PCR-TEST no pandemic For all the press workers, doctors, lawyers, prosecutors etc. THIS is the final key, the ultimate proof that the measures must all be lifted immediately must be PLEASE SHARE” Please copy and paste this in as many comments as you can do not try and post this on your main Facebook page as it will be taken down by Facebook let’s spread the word.

7. TRUTH ALL COMING OUT NOW. FB WILL BLOCK THIS SO WATCH IT WHILE IT’S STILL UP….
Dr. Flemming testifies under oath.
https://www.bitchute.com/video/L8FK3xKF4zJ3/ 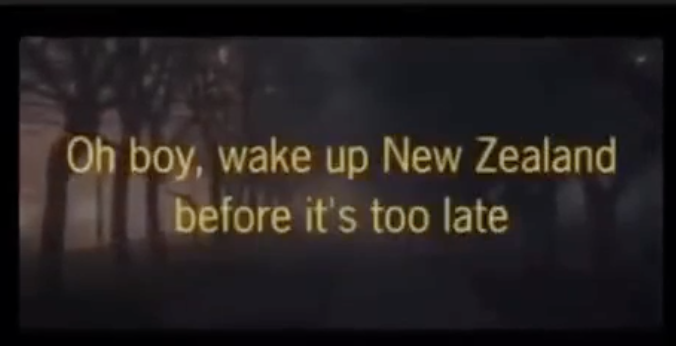 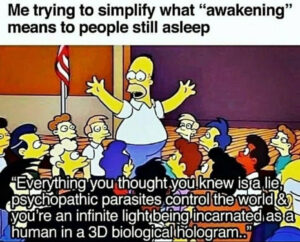 11. Tucker: The curious case of Ray Epps and the January 6 Committee
https://www.youtube.com/watch?v=ylYF6-sZkgM

12. Is America on The Verge of a Red Dawn Scenario?

Urgent viewing (28 minutes total) if want to be prepared. Begins with discussion of terrorists using open borders to invade U.S. and establish bases from which to sabotage the U.S. power grid. If pressed for time, can start at time 13:00 and view for 15 minutes. Begins with discussion of Chinese troops training in Canada.
https://banned.video/watch?id=62cf012cc0f117796a95454f

13. Drilling Under Lake Mead To Drain The Last Drop
https://www.youtube.com/watch?v=ac8c-M1zhhM&t=295s

14. Alexandria Ocasio Cortez Net Worth (AOC)
Not bad for someone who had to bartend a few years ago to make ends meet. With an income of $150,000 she must be a genius to turn that into $29 million in just two years. LOL
What’s the chances the IRS or any other Biden agency will audit her? LOL


17. Tucker Carlson: Biden should be impeached for this
https://www.youtube.com/watch?v=c_yRBwxn-RA

20. How the spirit of ancient Stonehenge was captured with a 21st-century drone.
https://www.nationalgeographic.com/photography/article/stonehenge-behind-the-cover-august