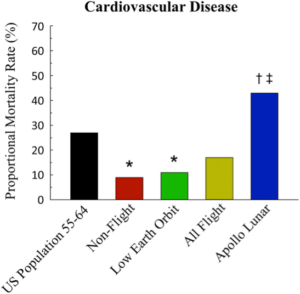 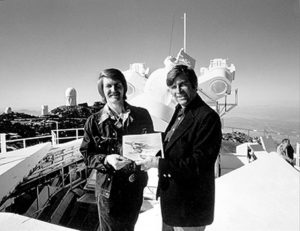 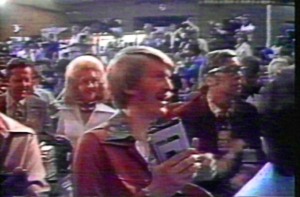 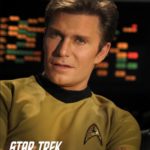 Growing up in Greensberg, Pennsylvania, Victor Joseph Mignogna fell in love with Star Trek when he was nine years old – the same year his father left. Captain Kirk became the role model and father figure he wanted to emulate. Vic drove his mom crazy, obsessed with Star Trek, building things, rounding kids up in the neighborhood to make Star Trek home movies, etc.

It was Vic’s love for Star Trek that inspired him to start auditioning for school plays. He fell in love with acting as well as film production and has spent the last 40 years developing skills in both these fields. It is an unprecedented joy to use the skills Vic has developed over four decades in making more of the show that inspired them in the first place. Vic is a multi-award winning American actor and is also known for his prolific voice-over work in the English dubs of Japanese anime shows.

THE HISTORY OF STAR TREK CONTINUES

“In 2011, I was invited to direct an episode called ‘The Price of Anything’ for the fan series Starship Farragut. It was a very enjoyable experience, and we quickly became friends united by a love of Trek. While we were shooting, I expressed my long-time desire to create a continuation of The Original Series myself. Shortly after the shoot was completed, Farragut was informed that they’d have to vacate the 2500-square-foot building in which they had been located. As they were trying to decide what to do with the sets they’d built there, I approached them with the idea to form a partnership. Farragut agreed, and my dear friend Steven Dengler and I invested the money to lease another building — this one being nearly 10,000 square feet. Farragut moved their bridge and a few other things to the new facility, and I purchased lumber and materials to recreate the original soundstage more completely. STC’s director of photography, Matt Bucy, drew up the floorplans based on The Original Series’ soundstage layout… and construction began.

“A large number of local volunteers worked very hard for the next several months, and I joined them myself several times to help with construction. The arrangement was that STC would provide the money for the building lease and set construction materials, and Farragut would provide the labor to build. Both productions would shoot their episodes there — an equal partnership. STC filmed our first episode, ‘Pilgrim of Eternity,’ in January 2013.

“STC and Farragut shot episodes at the facility just as planned until late 2014, when Farragut Films decided to move into a movie-era production. I made an offer to buy them out of their percentage of the sets, we agreed to an amount, and — as of January 2015 — STAR TREK CONTINUES is the sole owner of the sets we now call ‘Stage Nine’ in homage to the original soundstage at Desilu Studios. As of May 2016, STC has six full-length episodes with almost five million views! We’ve won several awards and have been applauded by professionals, critics, and laymen alike. We have since expanded into the other half of the building as well, making the total size of our facility 18,500 square feet. The newly-added space houses the engineering set as well as make-up, wardrobe, common areas, changing rooms, props, food preparation, etc. Exciting things are happening, and we are so privileged that you are a part of it!”