Aug
2016/09/01 – Tom Carey – The Children of Roswell
enterprisemission2001yahoo-com
No Comments
Tagged in Thomas J. Carey and posted in Shows

“I think this is the most extraordinary collection of talent, of human knowledge, that has ever been gathered at the White House – with the possible exception of when Thomas Jefferson dined alone.” John F. Kennedy

1. The Oldest Fossils Ever Discovered 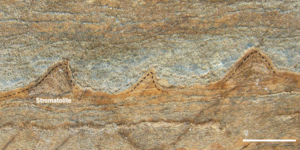 2. Turns out the signal astronomers saw was “strong” because it came from Earth 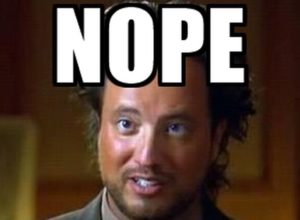 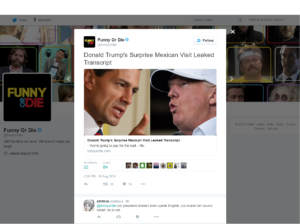 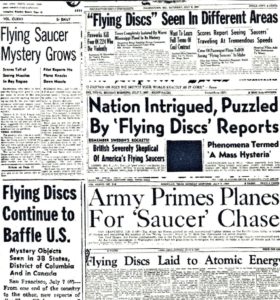 1. Collage of newspaper headlines from the summer of 1947 chronicling the arrival of flying saucers upon the post-war era 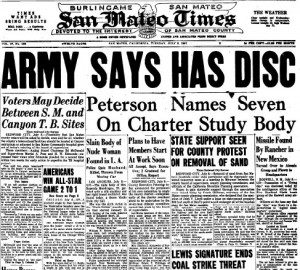 2. Newspaper headline announce the US Army (Air Force) has recovered a flying saucer. This was two weeks after the Kenneth Arnold sighting which ushered in the modern age of UFOs 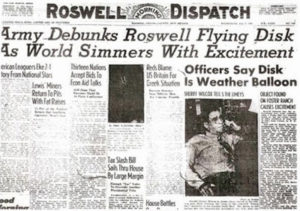 3. Newspaper headline that signaled the end of the Roswell case, that it was not a UFO but a weather balloon instead. It was a two-day story back in July of 1947 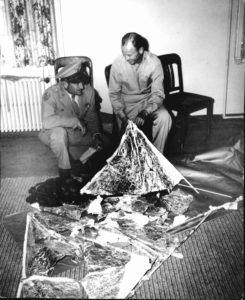 4. Gerneral Roger M. Ramey’s weather balloon press conference announcing that it was not a spaceship recovery by the dopes at Roswell, thus killing the story for the next 31 years. 5 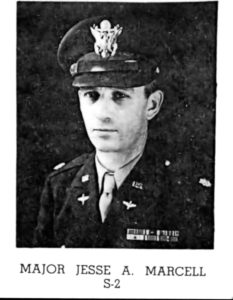 5. Maj. Jesse Marcel, the intelligence officer for the 509th BG at RAAF, was the first military person at the crash site. He broke his silence in 1978 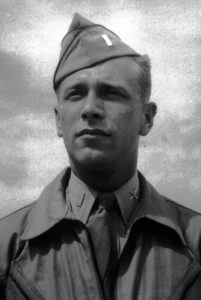 6. 1st Lt. Walter Haut was the Roswell base public information officer in 1947. He kept his silence about what he knew until his written sealed-statement was opened posthumously in 2005 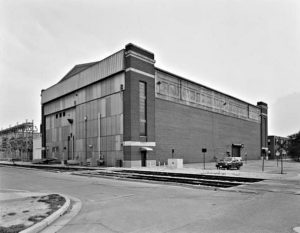 7. Hangar 18 at Wright-Patterson AFB in Dayton, Ohio where the Roswell wreckage and bodies were taken after their recovery

8. The Blue Room beneath Hangar 18 at WPAFB 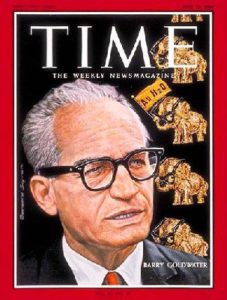 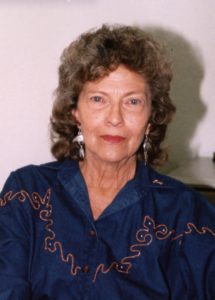 10. Frankie Dwyer Rowe is a Child of Roswell who was threatened with her life to remain silent because she was a 1st-hand witness 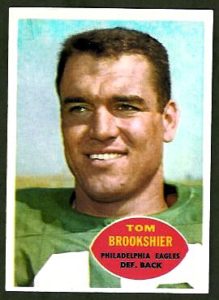 11. Another Child of Roswell, Tom Brookshier, became an All-Pro NFL player for the Philadelphia Eagles 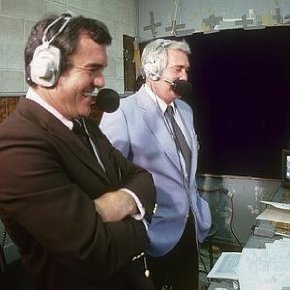 12. Brookshier (shown with Pat Summerall) became an outstanding broadcaster for NFL games in the 1970s

13. Brookshier was a local 16 year old Roswellian in 1947 when he encountered the Roswell Incident 1st-hand 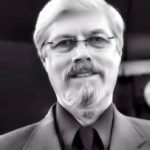 Thomas J. Carey, a native Philadelphian, holds degrees from Temple University (B.S. in Business Administration) and California State University, Sacramento (M.A. in Anthropology), and also attended the University of Toronto’s Ph.D. Programme in Anthropology. An Air Force veteran who held a TOP SECRET/CRYPTO clearance, Tom is now a retired Philadelphia area businessman. He has been a Mutual UFO Network (MUFON) State Section Director for Southeastern Pennsylvania from 1986 to 2001, a Special Investigator for the J. Allen Hynek Center for UFO Studies (CUFOS) from 1991 to 2001, and a member of the CUFOS board of directors from 1997 to 2001. Tom began investigating aspects of the Roswell Incident in 1991 for the Roswell investigative team of Kevin Randle and Don Schmitt, and since 1998 has teamed exclusively with Don Schmitt to continue a proactive investigation of the case. Tom has authored or coauthored more than 40 published articles about the Roswell events of 1947, and has contributed to a number of books on the subject as well. He has appeared as a guest on many radio and TV shows throughout the country, including Coast to Coast AM with Art Bell and George Noory, Fox and Friends, Comcast Network Friends and Larry King Live! and has contributed to a number of Roswell-related documentaries, on-screen and behind the scenes. Tom was a consultant and interviewee on the highly acclaimed and rated 2002, two-hour SyFy Channel documentary, The Roswell Crash: Startling New Evidence, the History Channel’s Conspiracy Theory, the Travel Channel’s Weird Travels – Roswell, the SyFy Channel’s SyFy Investigates and the History Channel’s, The UFO Hunters. He was also a featured interviewee on the 20th Century Fox, Golden Anniversary, re-release DVD of the 1951 sci-fi classic, The Day the Earth Stood Still. His 2007 book, co-authored with Don Schmitt, Witness to Roswell: Unmasking the 60-Year Cover-Up, was the #1 best-selling UFO book in the world in 2007-2008. Its sequel, Witness to Roswell: Unmasking the Government’s Biggest Cover-Up, published 2009, and remains a best seller. Both books are considered to be the best books ever written about the “Roswell Incident.” A motion picture, based upon these books, titled Majic Men, is planned, as is a TV mini-series. A recent book about the secret history of Wright-Patterson Air Force Base in Dayton, Ohio titled Inside the Real Area 51, also co-authored with Don Schmitt and released in the fall of 2013, reached #1 in Amazon’s “Astronomy & Space Science” category and was also in its “Top 100 Books of the Year” in that category for 2013. Another book about Roswell, The Children of Roswell, was released in 2016 and also reached #1 in its category on Amazon. A final Roswell book, Roswell: the Verdict of History, is planned for a 2017 release, the 70th anniversary-year of the incident. Tom and his wife Doreen have two grown children and reside in Huntingdon Valley, Pennsylvania. 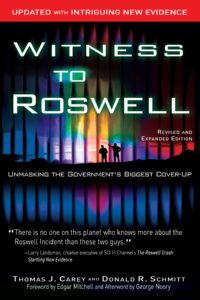 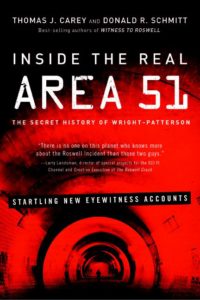 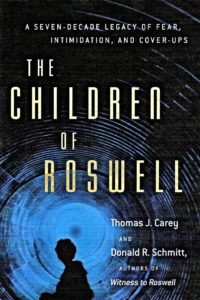 The Children of Roswell: A Seven-Decade Legacy of Fear, Intimidation and Cover-Ups

This is not just another book about Roswell. It’s not about any of the events surrounding one of the most famous UFO incidents of all time. It’s not even about any of the men or women involved in the recovery of a spaceship and its crew in the summer of 1947.

Rather, it’s about the aftermath–the lifetime impact Roswell has had on the families who were forced to live with the truth while accepting the government’s account of the incident, then forced to face years of suppression and fear of reprisal from a government sworn to protect them.

Despite the government’s best efforts to explain it away, after nearly 70 years, Roswell is a story that just won’t disappear. Parents who were present during or immediately after the incident may have passed on, but their children know what happened‚ and have paid dearly for their knowledge. These are their stories. You will finally learn the truth about: