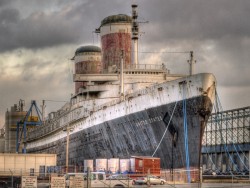 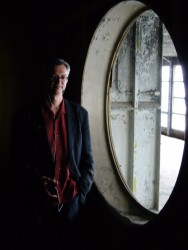 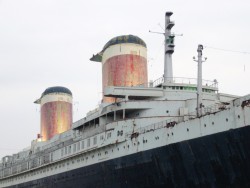 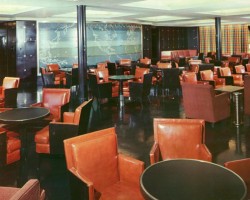 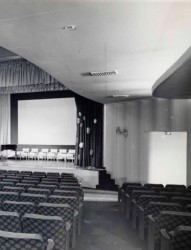 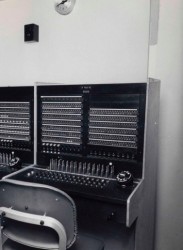 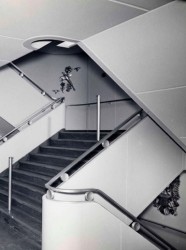 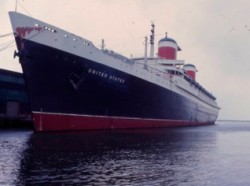 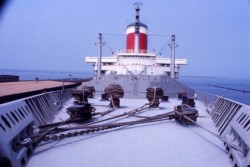 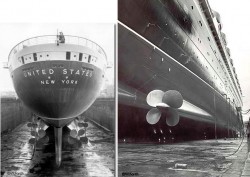 11. The S.S. United States screw and propulsion system were government
classified information for many years. 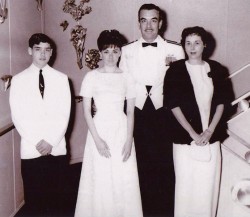 12. Program guest, Georgia Lambert (2nd from left) was lovely as she
travelled aboard the S.S. United States, in the mid-1960s. 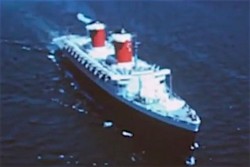 13. An aerial view of the S.S. United States, during her glory years. 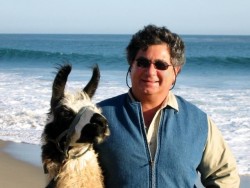 14. Robert Radler and Friend, on a beach.

Robert Radler is a producer, director and writer in television and films. His feature film “SS United States: Made In America,” was the sequel to the acclaimed Public Television special about the plight of the SS United States, “Lady In Waiting.” Both films explored the history and future of America’s iconic superliner, the fastest passenger ship in the world since 1952.

Turn It UP!,” his latest feature documentary about the electric guitar, stars Kevin Bacon, B.B. King, Les Paul, Slash, Paul Stanley, Nancy Wilson, and many others. It premieres on WNPT TV in Nashville in early December.