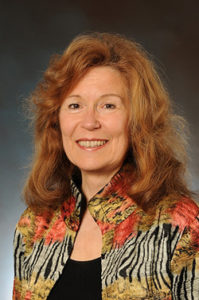 Beverly Rubik received her Ph.D. in biophysics in 1979 at the University of California at Berkeley.  Her scientific areas of interest include consciousness studies; bioelectromagnetics; water, in regard to the living state; and alternative and complementary medicine.  Rubik is especially known for her pioneering research on the biofield, the energy field associated with living organisms.   She has conducted exploratory research on qigong masters and Reiki practitioners remotely affecting physical and biological systems.  Rubik has measured the extremely low-level light (biophotons) emitted by living organisms in relation to health and various states of consciousness.  She has also conducted studies on the effects of low-level electromagnetic fields on water and biological systems and discovered an effect of cell phone radiation on human blood.   She has won several awards for research, including the Alyce and Elmer Green Award in 2009 by the International Society for the Study of Subtle Energies and Energy Medicine, and the Integrity in Science Award by the Weston A. Price Foundation in 2015.

Rubik has published over 100 scientific papers and 2 books, Life at the Edge of Science (1996), and The Interrelationship between Mind and Matter (1992), an edited volume.  She presently serves on the editorial boards of four peer-reviewed journals:  Journal of Alternative & Complementary Medicine; Evidence-Based Integrative Medicine; Integrative Medicine Insights; and the Journal of Vortex Science and Technology.

Rubik was director of the Center for Frontier Science at Temple University in Philadelphia from 1988-1995, where she founded a journal, Frontier Perspectives, and published scientific reports from scientists worldwide on theories and novel discoveries that challenged mainstream science.  In 1996 Dr. Rubik founded the Institute for Frontier Science (IFS), a nonprofit laboratory, with support from Laurance S. Rockefeller, Sr., to continue her work.   In 2002, IFS was awarded an NIH center grant for frontier medicine research on biofield science in consortium with researchers at the University of Arizona.  Current research at IFS is focused on detecting new elements of the human biofield.   Rubik is also a board member of the Institute for Venture Science (www.theinstituteforventurescience.net).

Rubik is a professor at Energy Medicine University and adjunct faculty in Integrative Medicine and Health Sciences at Saybrook University, where she mentors doctoral students.  She is a popular speaker both nationally and internationally on topics in frontier science and medicine.  She also consults to inventors and corporations on maverick health and wellness products.