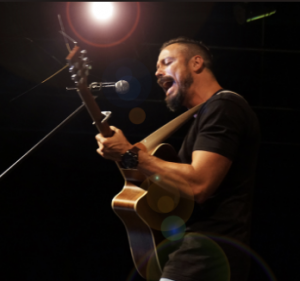 Gareth Icke is a musician, author, actor and TV Presenter. Gareth Icke first came into the public spot light with his band ‘Kody’ who toured all over Europe and America. When the band split he released his first solo album ‘It Gets Worse At Night’ in 2009 and the single ‘Feels Like A Race’ was play listed by BBC Radio 1.

His second album ‘A Brand New Battle’ contains perhaps his best-known song ‘Remember Who You Are’. It was released on Eromeda Records in 2012 and yielded three singles, ‘Remember Who You Are’, ‘What’s Love Without Meaning’ and ‘Beat Up’. He also wrote ‘How Not To Be A Rock Star’ a book based on his exploits on tour with Punk Rock band ‘Kody’

Gareth Icke is the son of the influential world-renowned public speaker and activist, David Icke.

Gareth has recently launched a new podcast together with Richard Willet called WTAF (What The Actual Fuck) where they actually cover topics that are critical to these times of great change….joining the voices of rebellion across the planet.