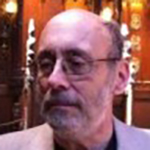 Dr. Gregory L. Matloff, emeritus associate and adjunct associate professor of physics at New York City College of Technology (NYCCT), has coordinated the astronomy program at that institution, has consulted for the NASA Marshall Space Flight Center, is a Fellow of the British interplanetary Society, is a Hayden Associate at the American Museum of Natural History and is a Corresponding Member of the International Academy of Astronautics.


His pioneering research in solar-sail technology has been utilized by NASA in plans for extra-solar probes and in consideration of technologies to divert Earth-threatening asteroids.

He served as guest professor at the University of Siena, Italy, in 1994, has chaired many technical sessions and was honored by NYCCT as Scholar-on-Campus during the 2008-2009 academic year.

In 1998, he was a winner of a SETI competition sponsored by the National Academy of Discovery Science. He has authored or co-authored more than 100 research papers and nine books, which have been cited about 400 times.
One of his books, “The Starflight Handbook” (Wiley, NY, 1989), was co-authored with MIT science-writer Dr. Eugene Mallove and helped establish interstellar-propulsion studies as a sub-division of applied physics.