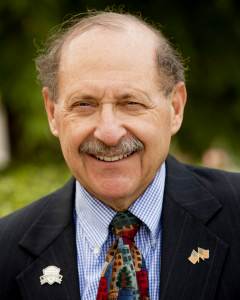 Dr. Wallach has been involved with biomedical research for more than 50 years. He received his B.S. Degree (agriculture) from the University of Missouri with a major in animal husbandry (nutrition) and a minor in field crops and soil physiology (1962);   a D.V.M. (veterinary medicine) from the University of Missouri (1964); a Pathologist & Instructor for the Iowa State Diagnostic Laboratory & Instructor (Pathology) for the Department of Pathology, Iowa State University (Department of Veterinary Pathology 1964/65); a post – doctoral fellowship from the Center for the Biology of Natural Systems (comparative pathology & comparative medicine), Washington University, St. Louis Zoological Garden and Shaws Botanical Gardens (St. Louis-1967 -1977); Yerkes Primate Research Center (Emory University) Atlanta Georgia (1977/78); an N.D. (naturopathic physician) from the National College of Naturopathic Medicine, Portland, Oregon (1982); and attained the rank of Lt. Colonial in the US Air Force/ Air National Guard and Air Force Reserves (MOS: nuclear, biological and chemical warfare – NBC: veterinary and human medicine).

Dr. Wallach’s research has resulted in the publication of more than 75 peer reviewed refereed articles in veterinary journals, human medical and biochemistry journals, and pathology journals; contributed chapters to eight multi-author textbooks and authorship of a 1,200 page text/reference (National Institute of Health sponsored research) on the subject of comparative medicine and pathology (The Diseases of Exotic Animals – W. B. Saunders Publishing Co., 1983 – this text(based on the post doctoral research from Washington University) is featured in the Smithsonian Institute as a “National Treasure”).

Dr. Wallach was a member of NIH site visit teams for four years and was a member of the 1968 NSF ad hoc committee that authored the 1968 Animal Welfare Act (humane housing and care of laboratory and captive exotic species), Consulting Professor of Medicine (Harbin Medical University, Harbin, Hei Long Jiang, People’s Republic of China). Dr. Wallach was the founder and editor of the Journal of Zoo Animal Medicine and an associate editor of Quantum Medicine, the Journal of the Association of Eclectic Physicians and the editor of the national alternative health magazine, Health Consciousness.

Dr. Wallach, along with Clinton Miller (lobbyist for the National Health Federation – deceased July 2013 at age 92), was one of the coauthors of and engineers of the twenty five year battle to create and get passed through the U.S. Congress the Dietary Supplement and Health Education Act (DSHEA1995) to ensure that nutritional supplements were legally categorized as food rather than pharmaceuticals. Day and night, Wallach and Miller would hand out petitions to audiences who attended hundreds and presented thousands of health lectures throughout America, gather up the signed petitions and send them to Congressional Committee members and their personal U.S. Representatives and Senators.

Dr. Wallach has received numerous awards for his contributions in advancing our knowledge in the areas of animal and human health including the 1988 Wooster Beach Gold Medal Award for a significant breakthrough in the basic understanding of the cause and pathophysiology of Cystic Fibrosis (Association of Eclectic Physicians); he was nominated for the 1991 Nobel Prize in Medicine for his work with the trace mineral selenium and its relationship (deficiency) to the congenital and neonatal genesis of Cystic Fibrosis (Association of Eclectic Physicians); Dr. Wallach received the 2011 Klaus Schwarz Commemorative Medal (Biological Trace Element Research Institute) for his 1977 discovery of the animal model for Cystic Fibrosis in primates and elucidating the etiology and pathogenesis of CF in humans – the awards committee also noted that, “From a Historical perspective, Wallach is to be regarded as one of the first practitioners, if not founders, of epigenetics, the new research discipline that investigates heritable alterations in gene expression caused by mechanisms other than changes in DNA sequence. With the award of the Klaus Schwarz Medal, Wallach is belatedly honored for a serendipitous discovery that will be of benefit to many.”

Dr. Wallach has been the plaintiff and/or co-plaintiff in eight law suits and claims requests lodged against the FDA in federal courts (Federal District Courts, Federal Appellate Courts and to the steps of the U.S. Supreme Court) to ensure the proper information was available to Americans allowing that supplementation with selenium, omega-3 essential fatty acids, folic acid, and antioxidants could prevent and reverse human diseases.

Since 1989, Dr. Wallach has given hundreds of free health lectures each year throughout the world and has been the host of two live interactive and syndicated AM talk radio shows (Dead Doctors Don’t Lie and Let’s Play Doctor) two hours per day, five days each week for over twenty-five years.

Dr. Wallach has written 14 popular books designed to educate the general public on how to prevent and reverse disabling and deadly diseases, generally thought to be genetically transmitted by medical science, with simple dietary changes and evidence-based nutritional supplement programs.