Uncovering the Missing Secrets of Magnetism: Exploring the nature of Magnetism, with regards to the true model of atomic geometry and field mechanics by means of rational physics & logic.  Click on Cover to Buy.

THE SIGNIFICANCE OF KEN’S BOOK & FREE PDF OF THE BOOK:
https://becomingborealis.com/ken-wheeler-the-missing-secrets-of-magnetism/ 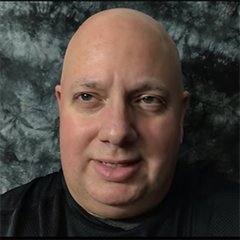 During high school, Ken took college courses. His teachers and professors referred to him as an “outer-stellar” anomaly with a “magical gift” for translating concepts, mathematics and ancient languages. He surprised everyone when he translated Pali, an ancient Indian language older than Sanskrit, along with Bromanite Sanskrit and ancient Greek.

Ken is extremely prolific with over 6,000 videos, translating for books he writes along with photography. Currently, he’s working on 3 books, including the 4th edition of one of his book and he finished just writing the second edition translation of the Dhammapadanapali, an ancient Pali text. Pali has been a dead language for over 2,000 years! He admits he’s had dreams of ancient languages.

Ken was greatly influenced by a famous metaphysician who was honored on an Indian stamp, Dr. Ananda Kentish Coomaraswamy (Dr. AK Coomaraswamy). His son, Rama P. Coomaraswamy, a cardiac surgeon, gave Ken the rights to all his father’s books as long as he did not charge for them.

Ken lived in Russia for a few years doing Russian translations for the US government.

In addition, Ken has the largest website on camera recommendations. Fujifilm “loves” him.