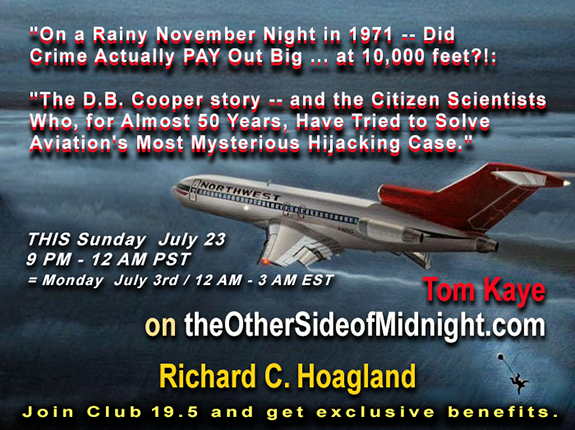 Richard’s Items: “Moralla’s Beautiful Last Three and a Half Hours on Earth ….”   Tom Kaye Items: Website: www.citizensleuths.com/ Tom Kaye, Principal Investigator Director, Foundation for Scientific Advancement Tom Kaye’s main scientific interest is spectroscopy which branches out into the fields of paleontology and astrophysics. In paleontology, he leads yearly expeditions for the Burke Museum to recover dinosaur bones. He is directly involved in the controversy over the detection of preserved blood cells and blood vessels in T. rex bones where his work points to a bacterial source. In astrophysics he leads a team of astronomers that are trying to discover an extrasolar planet using spectroscopy to detect the stars wobble. Recently he has been working on analysis of grave goods from the 8,000-year-old Gobero site in Africa as well as the Chinese Feathered Dinosaurs. Researchgate CV