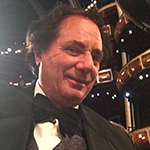 Paul Davids is a prolific artist whose paintings have been displayed at many galleries
( www.pauldavids-artist.com ) He is a member of the Writers Guild of America and Producers Guild of America. Four of Paul Davids’ films are distributed to TV by NBC Universal’s International TV Division, including “STARRY NIGHT,” “THE SCI-FI BOYS”, “JESUS IN INDIA” (www.jesus-in-india-the-movie.com ) and “BEFORE WE SAY GOODBYE” ( www.beforewesaygoodbye.com ). Information on all his films (including “SHE DANCES ALONE”, “TIMOTHY LEARY’S DEAD” and “THE ARTIST & THE SHAMAN”) and his books and music can be found at www.pauldavids.com and some additional info is available at at www.starrynightmovie.com