Due to a continuing Medical Emergency of a family member,
we hope you Enjoy the Re-Broadcast of this Classic. 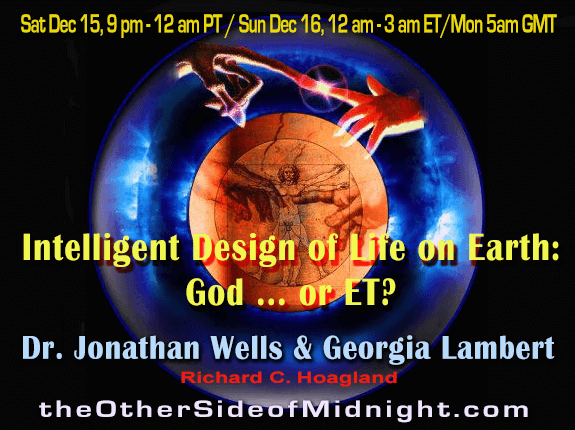 Is the extraordinary web of life on Earth — the only planet (so far) where we can study the crucially intricate biological details — the product of “natural evolution” … or “Intelligent Design?”

It was British biologist/geologist Charles Darwin, in 1859, who first published his theory of a “natural, evolutionary selection process” to explain the extraordinary diversity of life on planet Earth; before that, the obvious answer was simply–

My guest tonight, biologist Jonathan Wells, has a very different “take” on this almost 200-year-old scientific and philosophical conundrum.

It is Wells’ position that, based on the crucial details, the classic “Darwinian Theory of natural selection” is now demonstrably, compellingly wrong; Wells contends that close observation of life on Earth — including the myriad species represented by the millions-of-years-old “fossil record” — argues overwhelmingly for–

Intelligent Design … based on those details. 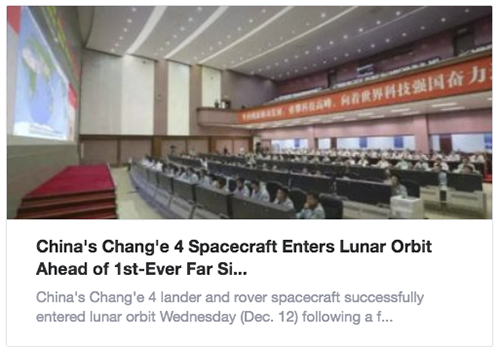 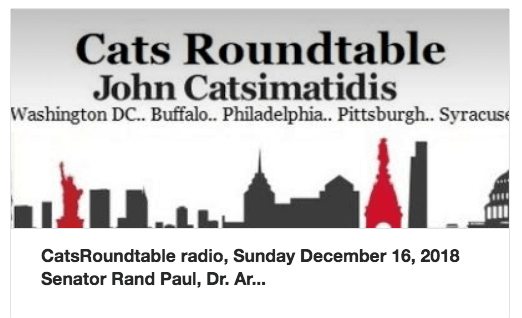 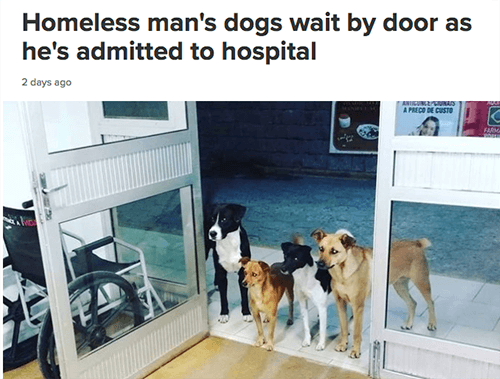 5- Ten questions to ask about your biology textbooks. Updated 2017

2. DARWIN’S TREE OF LIFE
Why do textbooks use a tree of life to convince you that living things are descended from common ancestors – when biologists have long known that the tree doesn’t fit the evidence?

3. HOMOLOGY
Why do text-books define homology as similarity due to common ancestry, then claim that it is evidence for common ancestry – a circular argument masquerading as science?

4. VERTEBRATE EMBRYOS
Why do textbooks use drawings of similarities in vertebrate embryos as evidence that we evolved from fish – when embryologists have known for over a century that the drawings were faked?

5. PEPPERED MOTHS
Why do textbooks use pictures or drawings of peppered moths on tree trunks as evidence for natural selection – when biologists have known since the 1980s that they don’t normally rest on tree trunks?

6. DARWIN’S FINCHES
Why do textbooks use changes in finch beaks on the Galápagos Islands as evidence for the origin of new species – when the changes don’t last and the finches still interbreed?

7. MUTANT FRUIT FLIES
Why do textbooks use fruit flies with an extra pair of wings to show that DNA mutations can provide the raw materials for evolution – when the extra wings are useless and the mutant flies are severely handicapped?

8. HUMAN ORIGINS
Why do textbooks include imaginary drawings of ape-like humans to show that we are just accidental by-products of unguided evolution – when experts cannot agree on who our supposed ancestors were or what they looked like?

9. WALKING WHALES
Why do textbooks claim that whale fossils show a smooth transition from land mammals to whales – when the fossils really show that the transition from terrestrial to fully aquatic happened relatively quickly?

6- Icons of Evolution: Science or Myth? Why Much of What We Teach About Evolution Is Wrong 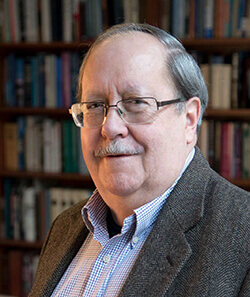 Jonathan Wells is a Senior Fellow with Discovery Institute’s Center for Science and Culture in Seattle. He holds a Ph.D. in molecular and cell biology from the University of California-Berkeley and a Ph.D. in religious studies from Yale University.  His most recent book is Zombie Science: More Icons of Evolution (Discovery Institute Press 2017), World Magazine’s 2017 Book of the Year runner-up. His other books include Icons of Evolution (Regnery, 2000), The Politically Incorrect Guide to Darwinism and Intelligent Design (Regnery, 2006), and The Myth of Junk DNA (Discovery Institute Press, 2011). He has published peer-reviewed articles in many journals, including Development, Proceedings of the National Academy of Sciences USA, BioSystems, The Scientist and The American Biology Teacher. Jonathan Wells is a regular contributor to Evolution News & Science Today.

“Central to the Prologue ( 4th Gospel of John) is the concept of “WORD”, a very inadequate rendering of the original Greek term Logos, one of the most important concepts of the Hellenistic world. In ancient Greek, Logos has many meanings, but none of them is “Word,” which is based on a translation of a translation. When the Greek New Testament was translated into Latin, Logos became Verbum; and when the English King James translation was made from the Latin version, Verbum became “Word,” twice removed from the original text.

Since Logos has so many meanings in ancient Greek, ranging from the scientific to the mystical, it is best left untranslated, as its nuances resound on many levels. Indeed, as E. R. Goodenough once noted, any student of Greek religion and cosmology “must first of all wipe that meaning [“Word”] from his mind and use the untranslated term Logos as he would use a new term in chemistry.”‘

Among its many meanings, Logos designates the power of reason,” the pattern or order of things, the principle of relationship, and an organized articulation of something. In general, it has the following meanings:

1) Order or pattern
2) Ratio or proportion
3) Oratio, a discourse, articulation or account, even a “sermon”
4) Reason, both in the sense of rationality and in the sense of an articulation of the cause of something
5) Principle or cause (logoi = “principles,” “ratios,” “reasons”)
6) A principle of mediation and harmony between extremes

Logos has the same meaning as both the Latin words ratio and oratio. Ratio is the principle of Reason in its many senses, yet it is also ratio in a mathematical sense, as in continued geometrical proportion. Oratio is a discourse, an articulation, a setting forth of the “ratio” or nature of things. Logos, as a principle, is the natural order of things, the principle of reason, relation, and harmony, which exists both within the natural fabric of the universe and within the human mind. It is the faculty whereby one thing is related to another through analogy, or the power of “proportional insight.”2 Finally, in Greek mystical and cosmological thought, including early Christian thought, the idea of The Logos in a cosmic sense encompassed all of these meanings and refers to the underlying Order of the Universe, the blueprint on which all creation is based. If we are to appreciate the Prologue to the Fourth Gospel and other Greek mystical writings, all of these meanings must be held in mind.”

2- Angelic Orders of the Sephiroth 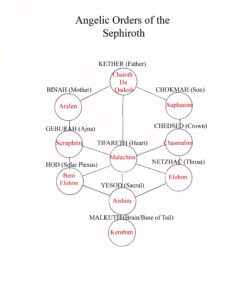