Brief analysis of the Opening Ceremonies of the 2016 Summer Olympics in Rio de Janeiro, Brazil:

When the cauldron was lit with the Olympic Flame and raised to its upmost position in front of the SPINNING mirror-chandelier, SIRIUS was at minus 33 degrees below the Southeast horizon from Rio de Janeiro.
It was lit at 23:20 EDT 5 August 2016, 00:20 Rio Time, 03:20 UTC 6 August, (or maybe it was 19.5 minutes after the hour)
The flaming cauldron was fully raised and the finale fireworks and lightshow on the stadium roof took place at 23:28 EDT, 00:28 Rio Time, 03:28 UTC.
Note, the Games were officially declared open at 00:08 (12:08 AM) 6 August 2016 Rio Time.
Contrast with the first atomic bomb dropped on Hiroshima, Japan at 08:15 (UTC plus 9), Japan time 6 August 1945, 71 years ago to the day.
The Opening Ceremonies and parade of athletes big “floor show” began with the “origin of life” in Brazil (i.e. on Earth) with guys in moon suits pulling some kind of mechanical contraptions sowing the seeds of life on the barren surface.
There was also a prominent depiction of slavery. Enslaved persons.
There was a depiction of Global Warming
Each nation in the parade carried a tree sapling that will be planted in the Olympic Village
(A symbol of hope in the future) And the dancing and partying of the gathered athletes of the world was reflected in hundreds of rotating mirrored vertical, square-about-the-axis tubes, which sprouted leaves (palm fronds) and shot green confetti (abundance of money) into the air. 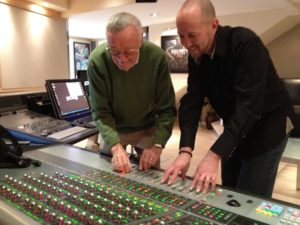 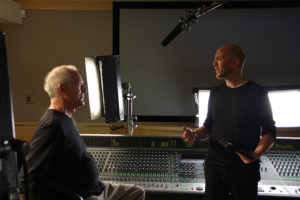 Arem is the talent director for many of the top grossing game titles in history, including Call of Duty: Black Ops 1 & 2, and Call of Duty: Modern Warfare 1, 2 & 3. Keith has worked with clients such as Activision, Ubisoft, Sony, Electronic Arts, Microsoft, Fox, and Disney and has recorded and produced over 600 commercial releases, including the Call of Duty series, Saints Row series, Ghost Recon series, Spiderman Series, Tony Hawk Pro Skater Series, Persona series, Rainbow Six series and Titanfall.

Integrating his musical background (Contagion / Capitol Records) with his talents as a director / creator / writer, Keith weaves rich immersive stories across multiple platforms and formats. His feature film directorial debut, The Phoenix Incident, will be released 2016. Arem’s other creator-owned graphic novel properties are in development for feature films, television, games and transmedia experiences.

I want to believe that we’re not alone. I come from an engineering background, I work in entertainment, I love great stories, but I need evidence.

I grew up in Arizona and personally witnessed many unexplained events over the skies. The Phoenix Lights was the largest mass sighting in the U.S. and almost 30,000 civilians witnessed the incredible incident. It was an event that has become extremely controversial over the years, since the military claims the sighting was nothing more than flares dropped from A-10 Thunderbolts. The “lights” travelled from the Nevada border, across Flagstaff, then over Phoenix and disappeared over the Estrella Mountains. It’s difficult to believe flares could fly in formation for several hours over that span of distance. Even the State Governor and Senator John McCain launched investigations into the Lights.

It’s impossible to believe we are alone in the universe. With an infinite universe of galaxies, containing billions of solar systems, it seems unimaginable to think that life couldn’t exist anywhere else but Earth. But if life does exist elsewhere, where are they? How can the thousands of UFO sightings, blurred images, and distorted pictures offer no conclusive evidence, and high ranking officials claim they’re simply weather balloons, swamp gasses, or atmospheric phenomenon. Why hasn’t our government told us the truth about is really happening in our skies above? The Phoenix Incident is a journey into the terrifying reality of what may have happened on the fateful night of March 13, 1997 in Phoenix Arizona – The night of the largest mass UFO sighting in U.S. history “The Phoenix Lights”. Through the course of working on dozens of military productions, I had the opportunity to meet with investigative journalists and military advisors, who provided me with compelling confidential information about the true nature of this incredible sighting. Based on this information, I combined eyewitness testimony and actual events to reconstruct the incident of March 13, 1997, exposing the largest military UFO cover-up in United States history. The truth needs to come out. We need disclosure.