1. Major Mars announcement Monday
2. Isaac Asimov – The Foundation Trilogy
3. Other Side of Midnight YouTube Channel
4. Pluto Comes Alive
5. A light through THE Darkness 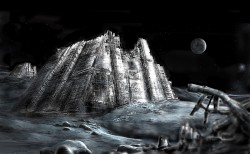 6. “A SciFi Surface” by Andrew Currie 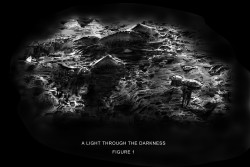 7. Light Through the Darkness Figure 1 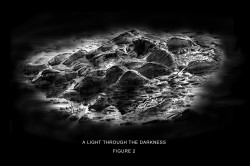 8. Light Through the Darkness Figure 2 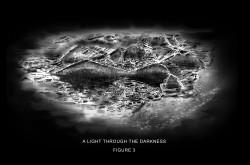 9. Light Through the Darkness Figure 3

Andrew A. Currie began his artistic career as a community public artist, working with neighbourhood groups to create murals in schools and community centres. As a graphic designer and illustrator, he serviced small to large Canadian companies.
For the past decade, he has worked as a storyboard artist and concept illustrator in film and television, and in commercial tv advertising. Andrew has a Bachelor of Arts from The University of British Columbia, a diploma in graphic design and illustration, and a Masters in Art Therapy.

Will Farrar grew up in Maryland where he started his career in technology at the young age of 16 and is currently the Information Technology Director for a national healthcare company as well as the man behind the Space Anomaly YouTube Channel WhatsUpInTheSky37 and the website whatsupinthesky.com.  He attributes his keen eye for spotting anomalies in imagery to his fascination with images returned from various spacecrafts as well as his travels around the United States visiting various national and state parks.  Will is also known for applying various technological approaches in his hunt for anomalies in space imagery that has helped make his case of obfuscation in the past.  Will is also an accomplished musician and artist. He can be contacted via his website or by email at [email protected]