1. If Edward Snowden Is Right [News]

2. Can You Hear Them Now? [Press Release] 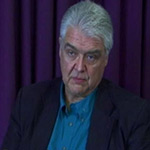 The lines are open again tonight for our listeners to call in and talk to Richard about various topics. If you would like to give your opinion the many many topics discussed on the show in the past few weeks, we would love for you to call in.