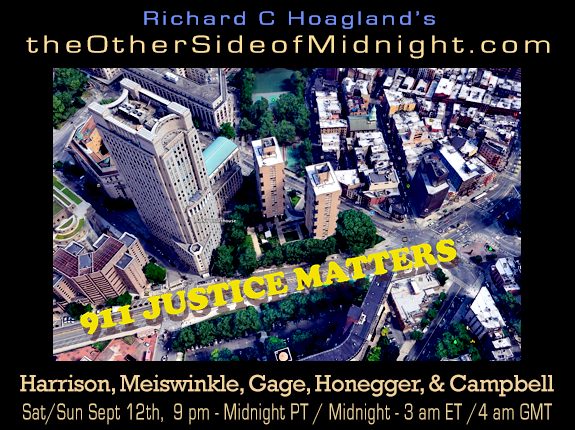 HOSTED BY ‘THE OTHER SIDE OF THE NEWS’ TEAM

Tonight — on the 19th Anniversary of 911 — we are host once again to several esteemed members of the “Lawyers’ Committee for 9/11 Inquiry,” and their reporting of “several major new developments” in their continuing legal efforts to bring to justice those responsible for the attack on September 11, 2001.

Among these, the Lawyers’ Committee will detail its newest litigation battle with the Federal Government in New York City — in an action concerning the mandatory responsibility of the United States Attorney to present evidence, submitted to him by the Lawyers’ Committee over a year ago, of “explosions, incendiaries and controlled demolition” used to destroy the World Trade Center on September 11.

In Washington D.C., another legal battle is being waged in Federal Court, with a lawsuit against the FBI for “failure to follow a Congressional mandate under the 9/11 review Commission to update Congress and therefore the People,” by assessing and reporting on 9/11 evidence not originally considered by the 9/11 Commission.

In addition, a new legal initiative is being mounted against the still-mysterious “anthrax attacks” that occurred shortly after 911 — which some see as directly connected to 911 itself.

GUEST HOSTS TONIGHT
from The Other Side Of The News

YouTube of Sept. 11, 2020 Lawyers’ Committee ‘Justice Friday’ Session in Architects & Engineers for 9/11 Truth Online Anniversary ‘Justice Rising’ Conference. The Session begins at 2:44:40 min. in. Barbara Honegger’s Presentation on the links of Anthrax to the Day of 9/11 Itself as the Holy Grail of 9/11 Truth and Justice begins at 3:05:45 min. in. The entire four hours of this first day of the three-day Conference – as well as the full video of the other two days, Sept. 12 and 13, 2020, can be seen live at www.ae911truth.org/justicerising and will be posted to YouTube shortly after each day’s Event is over.

3A. Pages from the Sept. issue of West View News, the West Village Manhattan local paper.  Click on Images to Enlarge 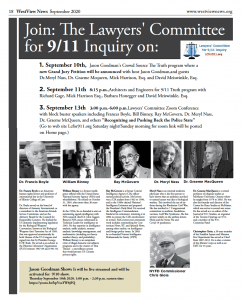 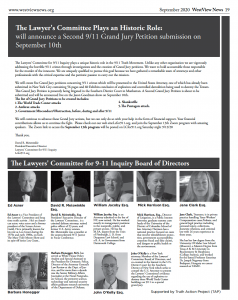 4. “Recognizing and Pushing Back The 24/7 Police State” 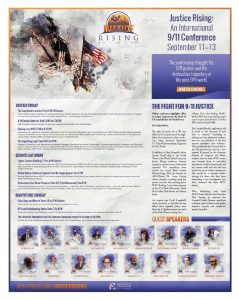 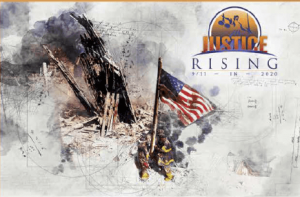 “9/11 Free Fall” Radio Show with Host Andy Steele, sponsored by Architects & Engineers for 9/11 Truth. This Link includes the link to Barbara Honegger’s ‘MUST Read’ 2008 Publication “Scarlet A: Anthrax Links to the Day OF 9/11 ITSELF” together with the Author’s Updates. 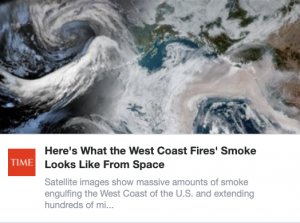 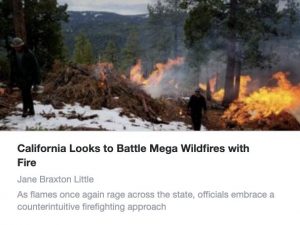 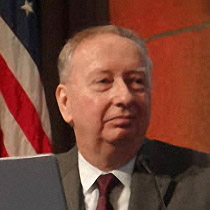 Attorney Mick Harrison, a co-founder of the Lawyers’ Committee for 9/11 Inquiry, is a Member of the Board, Executive Director and directs and conducts the organization’s litigation. Mr. Harrison is an experienced public interest plaintiffs’ attorney with a national practice focused on whistleblower protection, government oversight and accountability, and environmental protection..

David is co-founder of Quantum Matrix Alternative Media, LLC and of Quantum Matrix Radio, a radio show, 4 years in the running, which he frequently hosts and which broadcasts on No Lies Radio an online Pacific broadcaster.  Quantum Matrix Radio explores the grave truth about 9/11 and the post 9/11 world while also revealing viable solutions to the current world problems which include:  revealing alternative healing modalities, suppressed energy solutions, suppressed inventions, consciousness-raising modalities, the application of quantum physics and related sciences to changing the current world paradigm, and more. 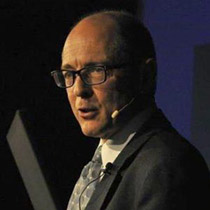 Barbara Honegger, M.S., who has been a Member of the Board for five years, is now Board Co-Chair. Ms. Honegger has served in a number of high-level positions in the federal government including White House Policy Analyst, Special Assistant to the President for Domestic Policy, Director of the Attorney General’s Law Review at the Dept. of Justice, and for more than a decade was the Senior Military Affairs Journalist at the Naval Postgraduate School, the premiere science, technology and national security affairs graduate research university of the Department of Defense. She is the author of the book October Surprise subsequently validated by formerly classified documents that led to a Congressional reinvestigation of the Iran side of the Iran-Contra scandal funded at the level of the 9/11 Commission and has been an investigative researcher, author, public speaker and major activist on the events of Sept. 11th from the day. 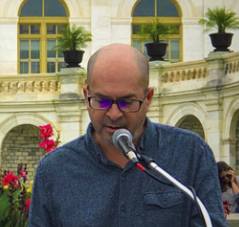 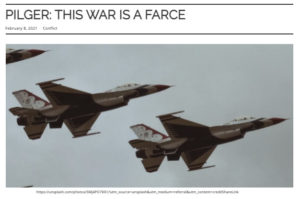