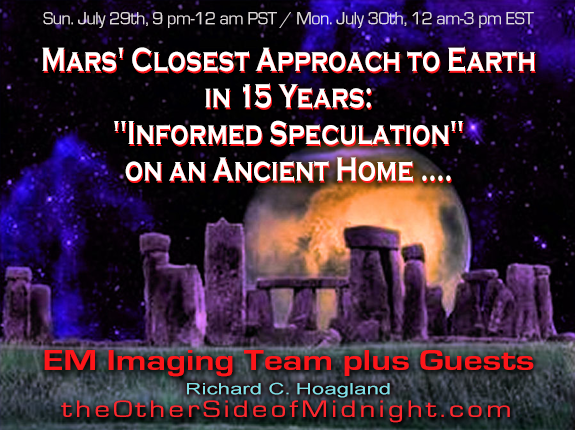 Jul
2018/07/14 – Ron Gerbron – When Humans Ultimately Moved Back to Earth from Mars … and What They Brought with Them: The First Attempted Scientific “Martian History” …. 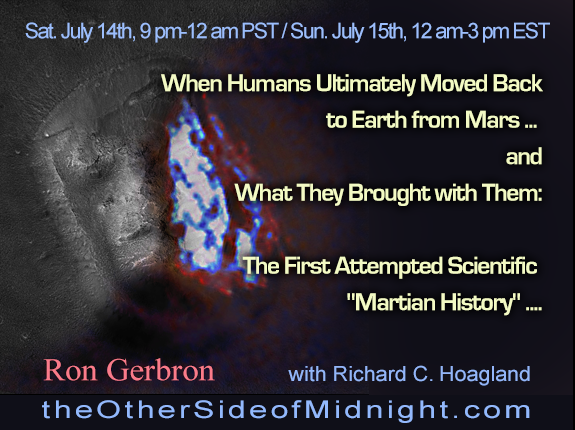 The latest NASA images of “human” artifacts on Mars, and the most recent terrestrial archeological evidence, both increasingly suggest that “Homo Sapiens” — or, at least some ancient sub-group — “recently” came back to Earth–  From Mars.  Tonight, my “citizen scientist” friend and colleague in this decades-long research, Ron Gerbron will be discussing “when” that most momentous “immigration” in the history of planet Earth might have occurred … and what our “great-great Martian grandmothers’” Earth arrival may have looked like … “way back when.”  Welcome to the wonders and the evidence we have assembled, of a once “inhabited Mars” — and a preview of our latest, soon-to-be-published volume on this extraordinary possibility: “Hidden Mars: A War in Heaven ….”  A documented journey “back through Martian time” … to an era when some of us — so the evidence now increasibngly suggests — were, literally–  Martians.   Richard C. Hoagland     Show Items […] 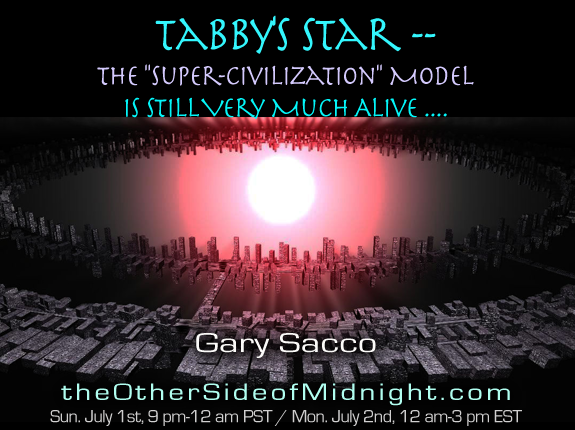 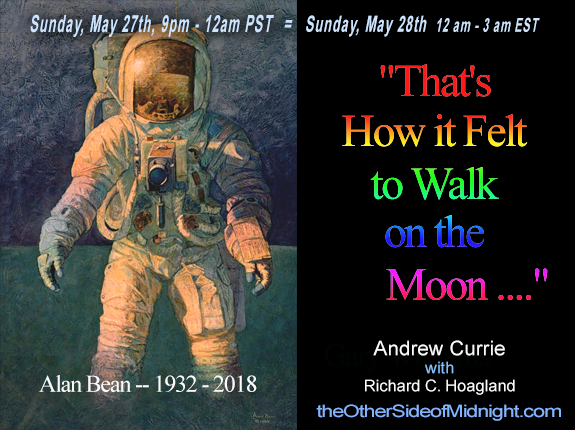