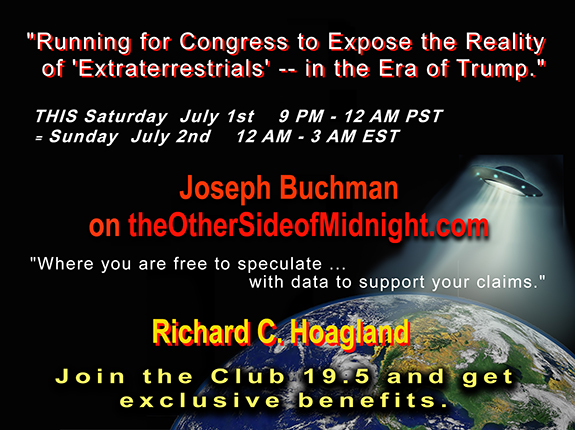 Joseph G. Buchman earned his PhD in Media from Indiana University, was a tenured professor of marketing  He is the current Chair of the Libertarian Party of Utah, the past chair of the national Libertarian Platform Committee, and served as the moderator of the Citizen Hearing (and was the “7th” member of that committee to ask questions of witnesses when he replaced Darlene Hooley. He is a full member of SSE and has presented there, presented at the SETI CONTACT: Cultures of the Imagination conference, the American Psychological Association, X-Conferences, the National Association of Broadcasters, was MC of the Sonoma CA International UFO Film Fest and a volunteer (13 years) at Sundance Film Festival.  He also served as MC for Roswell fest panels in 2015 and 2016 (Dolan and Schmidt have included acknowledgements to him in their books).

Sundance Film Fest did a video about his meeting Buzz Aldrin (and turned them both into cartoons) – https://www.youtube.com/watch?v=84KAdka1lOo