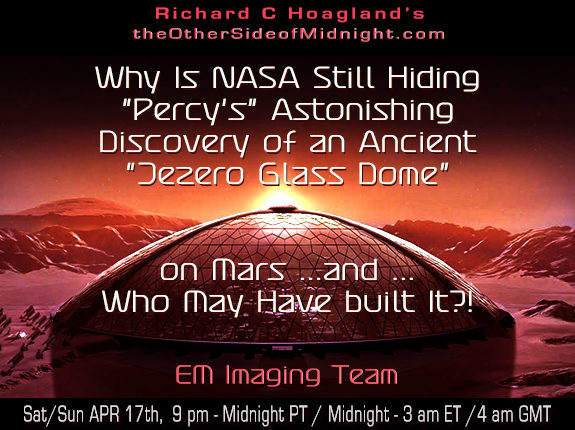 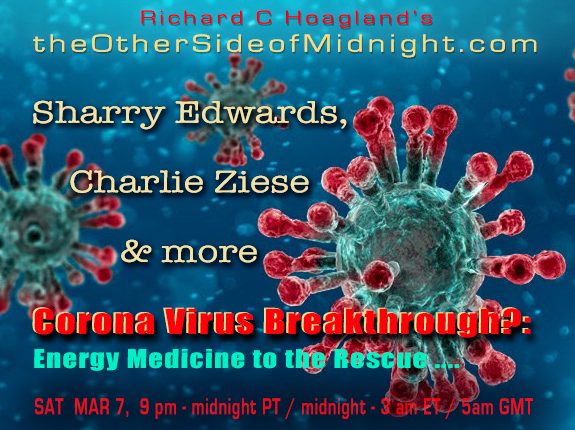 Show Page Fast links to Items:  Richard – Sharry – Charlie – Marza – Lori Fast links to Bios:  Sharry – Charlie – Marza – Lori Amid all the fear and misinformation currently swirling around the rapidly worsening global “coronavirus situation,” tonight we present new scientific hope for those most vulnerable to the disease. A few weeks ago, as a means of amplifying their demonstrably positive medical effects, I suggested that Sharry Edwards’ revolutionary “bio-acoustic resonance” protocols — using specific sound frequencies to eliminate harmful viruses and bacteria in humans and their pets — be carried out inside one of Charlie Ziese’s “torsion-field amplifying modern pyramids.” The first of a series of such “pyramid resonance experiments” has now been carried out — with some truly remarkable results … and global implications. Long before any CDC vaccine for “Covid-19” can realistically be produced, tested and distributed — more than 18 months, […]